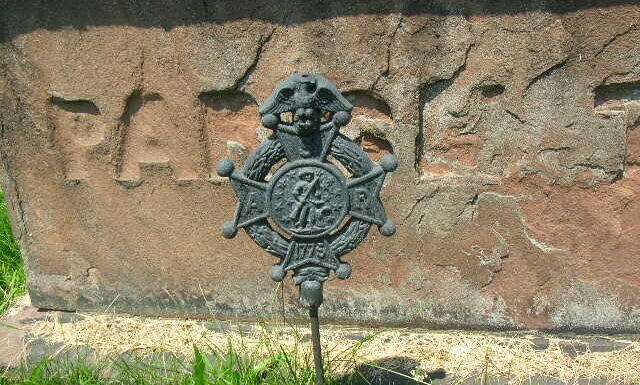 The John Eliot Burying ground is one of the three oldest in Boston.  The first recorded burial occurred in 1633: the oldest surviving stone is that of Rev. Samuel Danforth’s infant son, dated 1653.

Buried there are many famous early Roxbury citizens, including John Eliot, minister of the First Church of Roxbury; Eliot’s translations of biblical texts into native American languages gained for him the title “Apostle to the Indians.”

The Dudley Family tomb contains the remains of Governors Thomas and Joseph Dudley (1653 and 1780), Chief Justice Paul Dudley (1758) and Col. William Dudley (1743).  The graves of Revolutionary War hero General John Greaton and other participants in that struggle are to be found here as well.

The Burying Ground was once larger than its present size; in the course of excavating for the foundation of the Eustis Street Firehouse which now forms part of its southeast boundary, a number of burials were discovered.

The last burial here occurred in 1846; the existing retaining wall of Roxbury puddingstone around its perimeter was put in place in 1854.  Although many of its grave markers have been lost, approximately 500 survive, along with 25 underground tombs.